There is a problem I have noticed for a long time now when looking around most gyms.

The only seriously strong guys are always the huge guys.

Now when I say huge I do not mean lean and defined but more of an overweight type huge. Don’t get me wrong , most these guys have an incredible chest and tree trunk arms to go with it.

Though they lack lean , dense , and angular muscle definition!

Most guys think it is impossible to remain lean while building serious strength.

The thing is when you progress on lifting heaver and heavier weight over time , you are going to hit a strength plateau at some point.

At this point most people assume you just have to eat more!

Eating more for strength gains does have some truth to it, I’m not going to deny that.

The idea is to eat a lot of food while lifting , build some serious strength and muscle goes up!

Now if your goal is to get stronger without regards to fat gain , then eat big to get big is for you!

But from my experience most people into Aesthetics want to look good NAKED!

And that’s just the honest truth.

So if eating and strength are your only goals then go for it my friend.

There is a couple problems to the whole “Eat Big Lift Big Get Big”  method.

The first problem is you’re going to end up looking worse off than when you started.

People go into this with the plan to gain as much of weight as possible and lose all the fat later, though this rarely happens.

Most are not prepared for the actual amount of fat they will be gaining by Eating “Big”.

This is because you will be gaining a hell of a lot of fat during the whole “Eat Big to Lift Big” phase!

Secondly your relative strength is going to be minimal at best.

Which is very unfortunate, considering relative strength is the key to looking Aesthetic!

Your relative strength is how strong you’re proportionate to your body weight.

These guys that are benching with 3 plates on either side of the bar, typically can not rep out 6 to 10 body weight pull ups.

A physique is not going to be really that impressive if one is benching 225 lbs for 6 reps but close to weighing in at 200+ lbs.

Whats more impressive is the guy weighing in at 180 benching 275 for 6 reps!

This guys lean and chiseled physique will be a byproduct of his relative strength!

I know the focus of this article is about how to break through a strength Plateau but i need to address something first.

The goal should not just be about getting stronger and that’s it!

Your goal should about gaining Relative strength, the idea is to gain as much strength as quickly as possible without the excesses bulk.

Contrary to most fitness articles and advice your have read, Eating more is not necessarily the answer for strength gains when building relative strength up.

Breaking through your strength plateaus is as simple as Rotating your Lifts.

Quit Doing It The Hard Way. Here’s How To Finally Get Lean And Build Your Best Body Ever:

Tired of trying to “figure it all out”? Struggling to Put together a workout plan that actually works? Use this exact guide for more effective fat loss  efforts & lean muscle gains, and see results in just 8 weeks.

How to Break Through your Strength Plateau with Lift Rotations

The Two most common plateau’s I get talked to about most of the time are Barbell Bench Press and Barbell Incline Press.

The worst thing you can do is continue to performing the same lift workout after workout.

Performing the same Exercise time and time again when you have hit a strength plateaus can even cause your strength to decrease in that lift!

You must understand when you have been repeating the same movement week after week , your body will adapt.

Some people refer to is as  Monotonous program overtraining: this is simply the process of the same lift performed again and again without varying of the movement or intensity.

At this point we need to provide the nervous system and mind with something new in order for the muscles to have to re-adapt for the new payload.

Simply rotating your lifts with a similar form you will allow your body a break while still working the muscle groups in the same progressive direction.

This means its important for the variation of lifts to be very similar , no need to change up your routine drastically.

A Quick Guide to Lift Rotation

So you have been busting your ass on a particular lift and now your strength gains have stalled.

Fear not because all it take is a plan to be put into place to reach your desired strength goals!

For example below is a list of stalled core lifts in bold:

When you use the lift rotations you will experience continued strength progress for the next 6-7 weeks.

At some point just like the original core lift you will stall out on the lift rotations.

This is when you will jump back to the original core lift you started with.

This will have allowed your body time to reset from this lift and strength gains will be as continued.

The main point to take home here is progress.

You should be focused on progressing in strength week to week on your key lifts.

So to recap: when you Stall and you will, If you progress on the lift rotations you will progress on your core lifts.

Let me know your methods on getting past your Strength plateaus is the comments below.

For complete Strength Building and Flexible Dieting Systems: Check out True Will Programs. 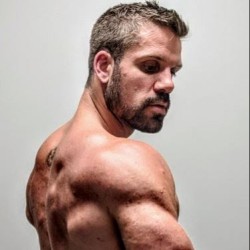 HI, My name is Michael Worley creator of True Will Aesthetics. My Website is deigned to help men and women around the world build their dream body.A system built specifically for the anatomy of the body and laws of attraction.A shape universally respected and admired throughout the centuries.The Lean, fit, and defined body, The Ideal Physique.

How to Build Incredible Strength With Microloading

The Secret Code to Building Muscle

Hacking The Code to an Aesthetic Body in Balance
0 replies

Want to join the discussion?
Feel free to contribute!

This site uses Akismet to reduce spam. Learn how your comment data is processed.

I Screwed up my Diet. What now?

About: This is a much more involved service, in which we personally go through a personalized program together, with me as your personal coach monitoring your progress and helping you through every step of the way.I tailor my programs for your genetics and provide you with 2 weeks of meal plans for your necessary physique goals. I will customize your eating schedule, work out plan, and schedule for your daily life. Your calorie & macro-nutrient requirements calculated and updated throughout. 24/7 personal support throughout your entire transformation! Let’s take this journey together and I will personally help you along the way create your ideal physique.

Items needed for this program –access to gym with free weights

Omega Shreds for Beginners to Advanced

About:  The Omega Shreds program is a rapid fat loss program designed around resistance training with Shredding cardio techniques. It will take you to the END of your overweight problems and change the way you view weight loss forever.

This is for beginners to advanced to reach their rigid core before moving on to the Golden Cut and Alpha Gains Programs.  Omega shreds is designed to drop bodyfat to 8-10% in rapid time, while developing a rigid core and muscle growth simultaneously. (think Cam Cigandet from – Never Back Down or Jake Gyllenhaal from – Southpaw) Items needed for this program –access to gym with free weights and weighted belt, and possibly micro plates depending on your gym.

This guide is for Beginners to Advanced.  (skinny-fat, Overweight, skinny, and people going to the gym but seeing 0 results AKA Dad Bods.)

The Golden Cut – for Moderate to Advance

About:  The Golden Cut program is designed around resistance training, and strategized cardio for developing a low body fat, V-Tapered physique for men, which implies virility and strength. Calculated precisely for strong broad shoulders, a small waist, six-pack abs, and toned legs.  Muscles will have a much harder shredded look to them while being aesthetically proportioned. This will create The Golden Cut Physique. (think Henry Cavil from- Immortals or Chris Pratt from- Guardians of the Galaxy) Items needed for this program – access to gym with free weights, weighted pull up belt, and possibly micro plates.

Important Note: This guide is for two kinds of current physique status- people who are already at low body fat 8% to 10% range, what I like to call a Rigid Core.  (This would be full visibility of abdominal muscles with some lower abdominal vascularity). And, for people who have a significant amount of muscle under a small layer of fat 16 – 18% bf.  (abs nearly gone).

About:  The Alpha Gains program is designed around resistance training and strategized cardio, for developing RAPID MAX MUSCLE DEVELOPMENT- an X-shaped physique for men implies virility and strength.  Calculated precisely for strong, boulder broad shoulders, wide upper back, a small waist, with six pack abs, and powerful legs.  Muscles will have a much fuller more powerful look, yet still looking dense.  An Alpha Physique- think Joe Manganiello from True Blood or Jason Momoa from Game of Thrones.

Items needed for this program –access to gym with free weights, weighted belt, and possibly micro plates- depending on your gym.

Important Note: This guide is for people who are experienced with weight training- already at a low body fat 8% to 10% range.  Individuals should already have some muscle on them.  This would be full visibility of abdominal muscles with some lower abdominal vascularity.  Knowledge of strength training, with some muscle development.

About:  The Athena sculpting is a women’s program designed around resistance training, and strategized cardio for the slim, fit, and sexy look.  The program will sculpt the natural curves of a woman. This program is developed for the defined flat stomach, toned arms, slim defined legs and of course great glutes.  Athena Sculpting will give you the ideal woman physique. (think Scarlett Johansson from – Avengers for the slimmer look, or Beyoncé for a curvier look) Items needed for this program –access to gym with free weights, and possibly micro plate, depending on your gym.

Important Note: This guide is for two kinds of current women’s physique statuses.  Women who are already at a low body fat 17% to 18% range, what I like to call a Rigid Core.  This would be a toned or flat abdominal muscle.  Or for women in the higher body fat 25%-35%, who need to slim down, while toning at the same time.